Birkirkara back on top with comfortable win over Sta Lucia 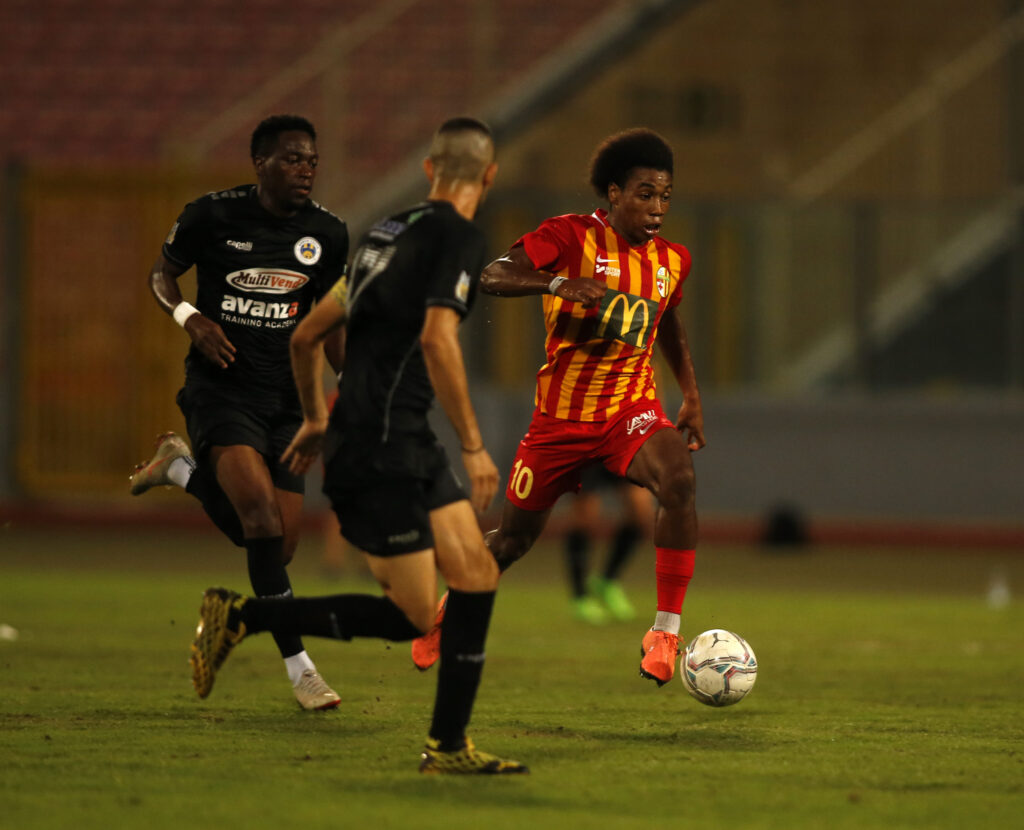 Birkirkara maintained their 100% record as Giovanni Tedesco’s side recorded a well-earned win over Sta Lucia on Sunday.

Last season, Sta Lucia earned the reputation as Birkirkara’s bogey team when they won both their league matches, ironically, the second one under the helm of Tedesco. With this win, Birkirkara have finally broken the curse.

The Stripes continue to go from strength to strength under new coach Tedesco and this was another performance of the highest order.

At the other end, Sta Lucia languish at the bottom of the table with no points.

Birkirkara forced a string of corners in the opening period with Cain Attard and Diego Pires going close with a couple of long-range shots.

Sta Lucia goalkeeper Makoto Kikushima had misjudged the flight of Attard’s long shot from the left flank but he was quick to make amends.

Paul Mbong released Alex Alves with a perceptive pass that cut out the Sta Lucia defence only for Kikushima to rush out to beat the Brazilian striker to the ball.

Working behind Alves and Kevin Tulimieri, Mbong enjoyed a productive game for Birkirkara, and time and again he threatened to unlock the Saints’ defence.

On 29 minutes, the Malta International forward hit the side-netting after weaving his way into the opponents’ box with a penetrating run.

Diego Francarolli made a brilliant clearance early in the second half to maintain parity, but the Stripes were in the ascendancy.

There was little that Sta Lucia could do when Birkirkara’s opener arrived in the 54th minute.

Tulimieri whipped an inviting cross into the saints’ area. The onrushing and unchecked Yannick Yankam was first to the ball and unleashed a powerful shot that left Kikushima clutching at thin air.

On 69 minutes, Birkirkara doubled their lead with the goal coming from the most unlikely of sources – Santa Lucia defender Michael Johnson.

Dropping back to the goal-line to help out his goalkeeper the ball came off Johnson’s foot after Alves tried to flick on a cross by substitute Federico Falcone. The Santa Lucia defender made a desperate attempt to clear the ball but to no avail.

A minute later, Daniel Cabrera got on the end of an exquisite Alves ball, with a rising shot which arrowed into the top corner.

At death, 18-year-old Mathias Conti got his name on the scoresheet with a close header to seal the win.