Mosta see off Santa Lucia to climb to fifth place 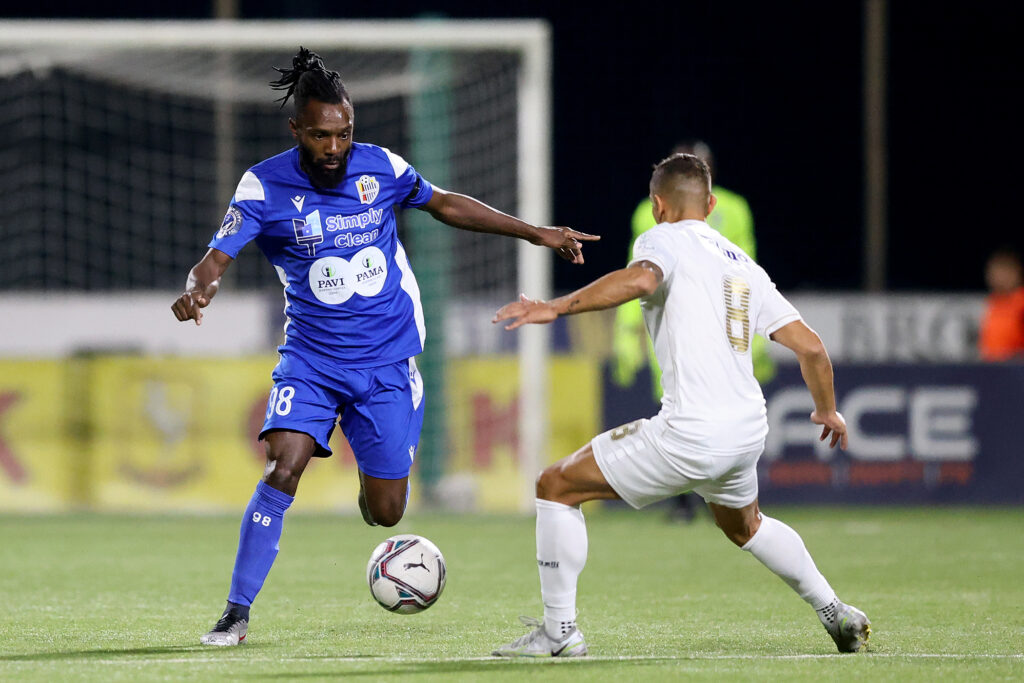 Mosta moved up to the lofty heights of fifth in the Premier League with a comfortable win over Santa Lucia at the Centenary Stadium on Sunday.

The defeat was the fourth in a row for Vincenzo Potenza’s side and sees them drop to 13th place in the table.

Mosta came into the game looking for their third successive win and made only one change with Zachary Brincat coming in for Johnson Nsumoh.

In a tight opening period, Santa Lucia gave a good account of themselves, but they went a goal down in the 25th minute.

Christ Ememe, was again turning in a high-energy performance in midfield and the Nigerian midfielder fired his side ahead on 25 minutes. He met Duane Bonniċi to thump a crisp shot over Matthew Calleja Cremona for his 8th goal of the season.

On 41 minutes, Michael Johnson forced a spectacular save from Ini Akpan with a header from Miguel Alba’s corner as Santa Lucia tried to fight back.

The Saints made a storming start to the second half as Meghon Valpoort had an overhead saved by Akpan at 58 minutes.

Santa Lucia were still doing the running, and Francisco Farias was guilty of a glaring miss when he shot straight at Akpan after 65 minutes.

The Blues almost punished such generosity immediately in a typical direct Mosta move which presented Zachary Brincat with a sight of goal, only to see the onrushing Calleja Cremona block him just in time.

Mosta still punished that miss in the 74th minute, when Failla found Tyrone Farrugia from a corner, and his cross was perfectly weighted for substitute Jacob Akrong, who looped a fined header into the corner.

Farias threw his team a lifeline two minutes from time beating Akpan at the far post with a glancing header from Jan Tanti’s cross to set up a nervous finale. however, they could not find an equaliser.

Mosta held on to extend their winning streak to three victories.