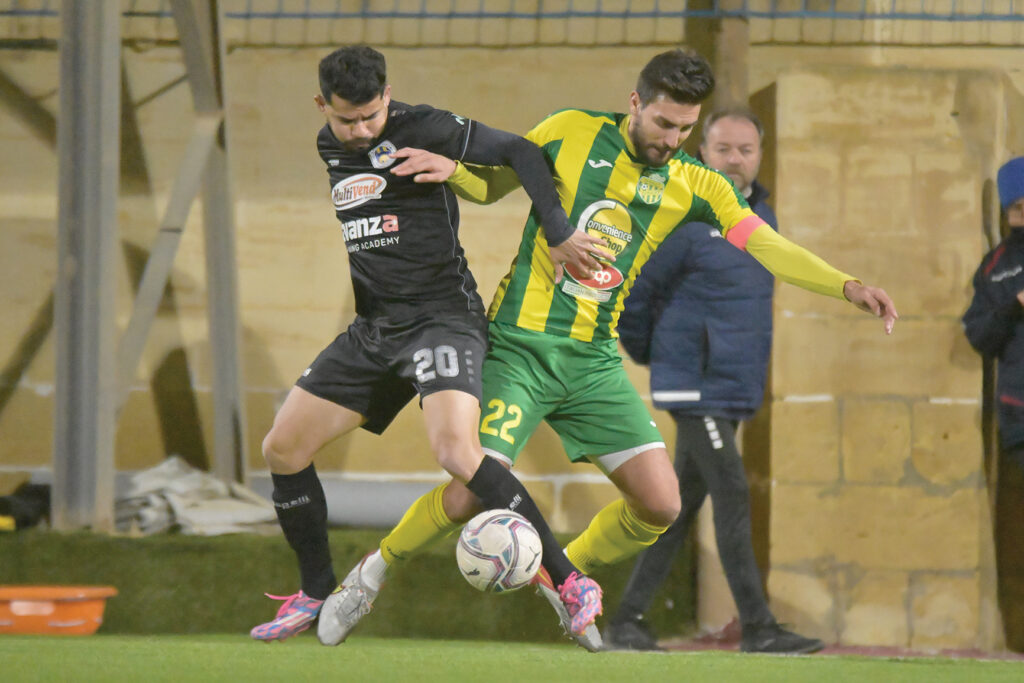 Santa Lucia coach Enzo Potenza hailed his team’s heart and determination as the Saints secured a dramatic 2-1 win over fellow relegation rivals Żebbuġ Rangers to boost their hopes of avoiding the drop this season.

An injury-time goal from young striker Jamie Carbone earned Santa Lucia a crucial victory that lifted them to third-from-bottom, one point clear of the same Żebbuġ Rangers but still six points behind fourth-from-bottom Marsaxlokk.

“It was a great win for us,” Potenza told the Times of Malta.

“We played a very good match during which we conceded very little scoring chances to Żebbuġ Rangers. The team held control of the match right from the outset and we always believed that we could take all three points of the match, even when we conceded Żebbuġ’s equaliser.

“The team continued to push forward and created several scoring chances which saw the Żebbuġ goalkeeper pulling off some fine saves. But in the end our efforts were rewarded with Carbone’s winner and we certainly fully deserved to win the match.”

For Potenza this was his first league win since he replaced Pablo Cortes Sanchez last November and rubberstamps a good run of form from his team as the previous weekend they created the biggest upset in the FA Trophy third round
when they knocked out holders Floriana 1-0.

“All the praise should go to the players,” Potenza responded when asked in his team’s turnaround in fortunes.

“They are the ones who deserve all the credit as they are showing a great will to work hard. The players are aware that we have a tough journey ahead of us to try and avoid the drop and they are working hard week in week out to reach this objective.

“Last week’s win over Żebbuġ Rangers was very important, but I want to make it clear that we haven’t achieved anything yet.

“There is still a long road ahead.”

Asked whether he believes Santa Lucia can move out of the play-out spot and leapfrog Marsaxlokk, the Italian said: “Unlikely. To recover six points with ten matches left is very difficult.

“Our goal is to try and keep our spot at third-from-bottom and then play out our top-flight status in the play-off with the third-placed side in the Challenge League. What is important at this stage for us is that we take it one game at a time and in fact we are already focused on our next match against Birkirkara which is going to be very difficult.

“Birkirkara are passing through a very good run so it will be a very difficult test for us but we will do our best.”

So far, Santa Lucia have brought in three players during the January transfer window as they lured experienced Brazilian defender Rodolfo Soares and Ukrainian duo Yevgeniy Terzi and Robert Hehedosh.

Asked whether they plan to further strengthen their squad, Potenza said: “We are always trying to improve our squad. The arrival of Rodolfo Soares was a great acquisition for the club as so far he has been a very good addition with his experience and know-how of the game.

“Robert Hehedosh has also shown that he is another great addition and hopefully he can recover full fitness in a short spell of time as he gives our attack a new dimension.

“But I want to emphasise that at this point of the season every member of our squad can play a key part and if everyone continues to pull towards the same direction we can attain our goal of staving the drop.”