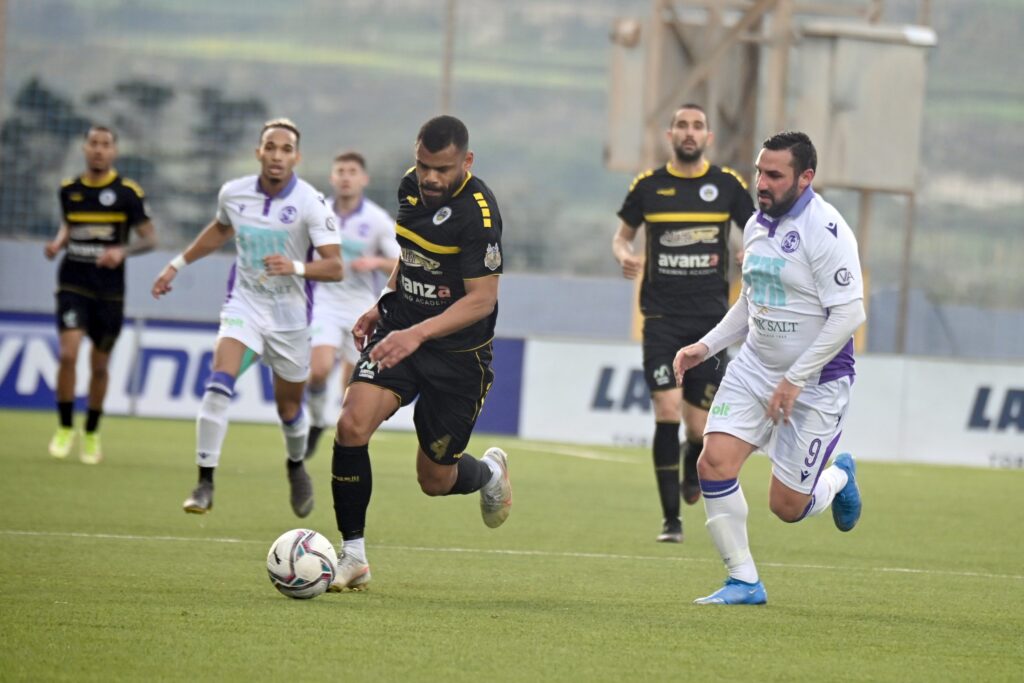 Premier League side Sta Lucia dispatched of St Andrews 2-1 to advance into the FA Trophy quarter-finals.

Led by Giovanni Tedesco, Sta Lucia scored twice in the first half through Alan Souza and Vito Plut, with St Andrews producing an Ian Azzopardi goal in between.

Sta Lucia, who are one of the six teams in the top-flight Relegation Pool, fielded their regular starting formation in an attempt to secure a coveted quarter-final berth for the club, Gianmarco Conti and Nicholas Pulis marshaling the backline while forwards Vito Plut and Davidy Valpoort forming the attacking tandem.

On the other hand, St Andrews’s coach Brian Said also deployed his best players. They are currently sitting sixth in the Challenge League – Group B, though, they did have some positive spells during the game against top-flight Sta Lucia, which reflects the quality of the team.

As expected, Sta Lucia tried to take control of the game from the start and set the tone with Alan Souza, who cut inside for a curling effort that beat Miguel Montfort for his third FA Trophy goal in nine appearances.

Said’s players tried to keep the heat on their opponents and managed to find a leveler through an Azzopardi towering header from point-blank range which went past his former national team colleague Justin Haber.

Moments later, the Sta Lucia goalkeeper was forced into action when Japanese player Kei Sano fired straight into Haber’s hands from the edge of the area.

Afterwards, Sta Lucia started to dominate proceedings again and made their pressure count when Plut struck from close-range to put Tedesco’s team before half-time.

St Andrews tried to spark themselves into life in the second half and besides an early effort from Santiago Martinez, Haber was not really threatened between the sticks until the 79th minute.

Jamie Sixmith took charge of a free-kick and sent a low drive towards Haber who had to divert into a corner.

Sta Lucia’s first noteworthy action after the interval came from the feet of Jan Tanti whose freekick whistled past the post. Tanti replied with a close-range shot but could not beat Montfort.