Sta Lucia see off Balzan to move out of relegation zone 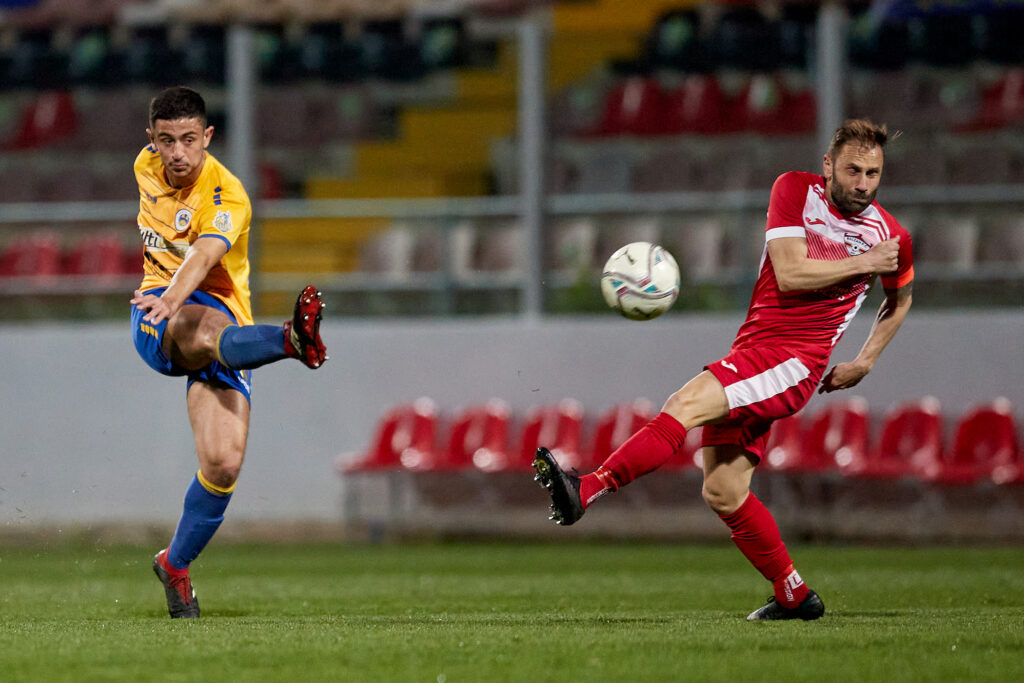 The Saints moved out of the relegation zone for the first time this season as they leapfrogged their opponents, putting Balzan in further trouble.

Balzan made their usual bright start, but failed to take any of their early chances.

Santa Lucia took heed of the early warning and proceeded to play the better football in what was an entertaining opening period.

On the half-hour mark, Vukasin Vranes was alert to stop Vito Plut from turning Jamie Zerafa’s corner delivery into the net, making a fine reflex save to beat the ball away. But André Prates was the first to react to reach the ball and hit home.

Giovanni Tedesco’s side were buoyed by their opener and Dexter Xuereb almost doubled their advantage only to see his brilliant volley blocked by Vranes.

After the break, Paul Zammit introduced Milan Duric in lieu of Augustine Loof and switched to a back three.

But Balzan’s backline could not cope against the fast forward trio of Plut, Davidy Valpoort and Gianmarco Conti.

The Italian player breached the Reds’ wall again when his rising shot flew in via a Michael Johnson deflection.

On 67 minutes, Aleksa Andrejic had an opportunity to get Balzan back into the match but his attempted header was thwarted by Saints goalkeeper Justin Haber.

Zammit threw caution to the wind when in the 72nd minute he also introduced Suleiman Jalu for Paul Fenech, increasing the number of strikers on the pitch to five.

Having exceeded the foreign players’ quota on the pitch, Vranes was also substituted by Rudy Briffa.

At death, substitute Alan da Souza Silva was denied by the post as Balzan were spared further embarrassment.