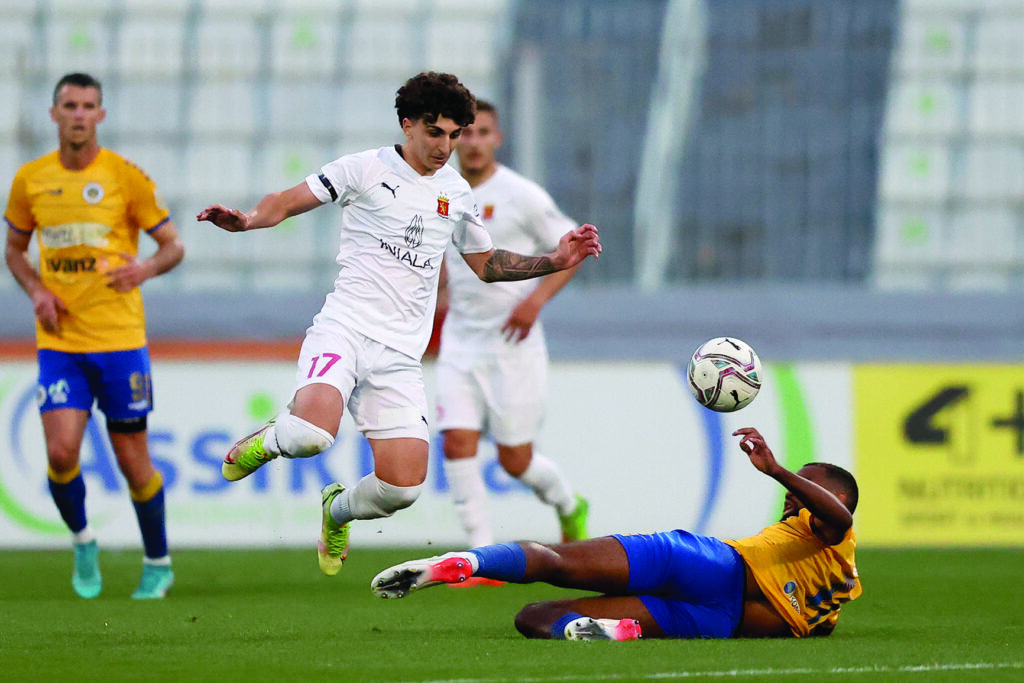 Valletta fended off the spirit challenge of Sta Lucia to book their place into the FA Trophy final following a 1-0 win at the National Stadium.

David Promise turned out to be Valletta’s hero as the Canadian forward headed home the winner midway through the second half to put the Citizens in Sunday’s final against either Floriana and Hibernians who meet in the second semi-final today.

It was a battling performance from the Citizens who needed to show great resilience to contain Sta Lucia’s pressure, particularly in the first half, with goalkeeper Andrea Guarnone distinguishing himself with some fine saves.

But in the end it was Valletta who were more clinical on the day to grab the all-important that keeps them on course not only to win the FA Trophy but also book their place in the UEFA Conference League next season.

The match was a lively affair from the opening stages with Sta Lucia holding a slight edge in terms of possession but struggled to create any danger to the Valletta goal.

It was Valletta who created the first opportunities round the 20th-minute mark when Andrea Zammit pulled away off his marker and hit a rasping drive that was well saved by Justin Haber.

Then, Zammit found Fontanella who saw his angled drive flash wide of the upright.

On the half hour mark, Haber misjudged Caio’s delivery from a corner kick but luckily for him Promise headed over.

The best chance of the half came Sta Lucia’s way ten minutes from the break when Prestes Filho nodded the ball into the path of Plut but the Slovenian forward was denied by the onrushing Guarnone.

The Valletta goalkeeper was again decisive on 39 minutes when he dived full stretch to keep out Prates’ bullet header.

After the break, Sta Lucia continued to create scoring chances and on 48 minutes Prestes Filho hit a swerving drive that flashed just wide.

Valletta responded on 51 minutes when Promise turned past Fonseca Soares and his stinging drive was well saved by Haber.

The stalemate was finally broken on the hour mark when Caio Prado picked Tulimieri on the left and his cross picked Promise who headed firmly past Haber.

Sta Lucia tried to fight back and on 70 minutes Valpoort looked to have stormed clear but was denied by a fine tackle from Christian Gauci.

The Saints almost equalised at the death when Prates set up Alan Da Silva Souza who was denied by Guarnone and from the rebound the Brazilian fired over.

In stoppage, time Valletta could have killed off their opponents, but Campos was denied by Haber and from the reboud Dilaver’s shot was blocked by Conti.

But that little mattered as the final whistle soon ensued as Valletta reached the final.