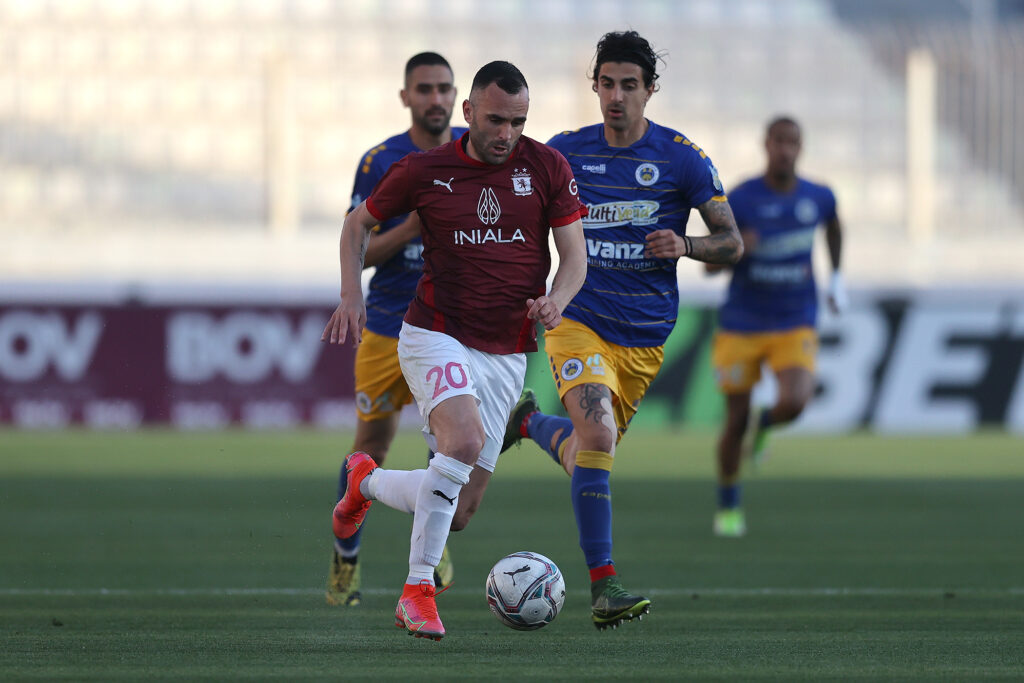 Valletta condemned Santa Lucia to the Challenge League next season after beating them 2-1.

The first half was a balanced affair with few goal scoring opportunities but in the second half, Valletta were a better side, taking a deserved lead and although Santa Lucia equalised – a result which was still not enough for them. To make matters worse, the Citizens kept pushing for more and notched the winner in added time.

Following a quiet start, Victor Luis Prestes Filho tested Valletta goalkeeper Alessandro Guarnone with a cross from the left on 12 minutes and four minutes later, a long-distance effort by Lorenzo Soares Fonseca was deflected into a corner. Valletta replied with a fine volley by Mario Fontanella which ended wide on 29 minutes.

However, one minute from the end of the first half, Santa Lucia threatened once again with a Gianmarco Conti effort from outside the area which was neutralised by Guarnone.

On the restart, Valletta showed better ideas, and Andrea Zammit’s powerful drive was parried in style by Justin Haber on 50 minutes.

Two minutes later, the Citizens took the lead. Triston Caruana managed to beat Haber with a long-distance effort with the ball ending in the top left corner.

Valletta kept pushing for more and five minutes later, Caruana almost doubled the score with a low shot when served by Michele Sansone.

Santa Lucia replied with a Gianmarco Conti effort which was turned into a corner by Guarnone and a rising shot by Prestes Filho ended just over the bar on 68 minutes.

On 71 minutes, Santa Lucia levelled matters. Lorenzo Soares Fonseca served Vito Plut on the right and the latter rounded a defender and delivered a cross with Jurgen Pisani heading home from close range.

This goal gave them confidence and seven minutes later, Guarnone came to the rescue blocking a header by Conti from close range. Nine minutes from time, Valletta were unlucky to hit the upright with a shot by substitute Haris Dilaver but six minutes in added time, another substitute Lucas Campos, made it 2-1 for Valletta, slotting the ball past Haber when served inside the area.