Sliema Wanderers and Sta Lucia cancel each other in relegation clash 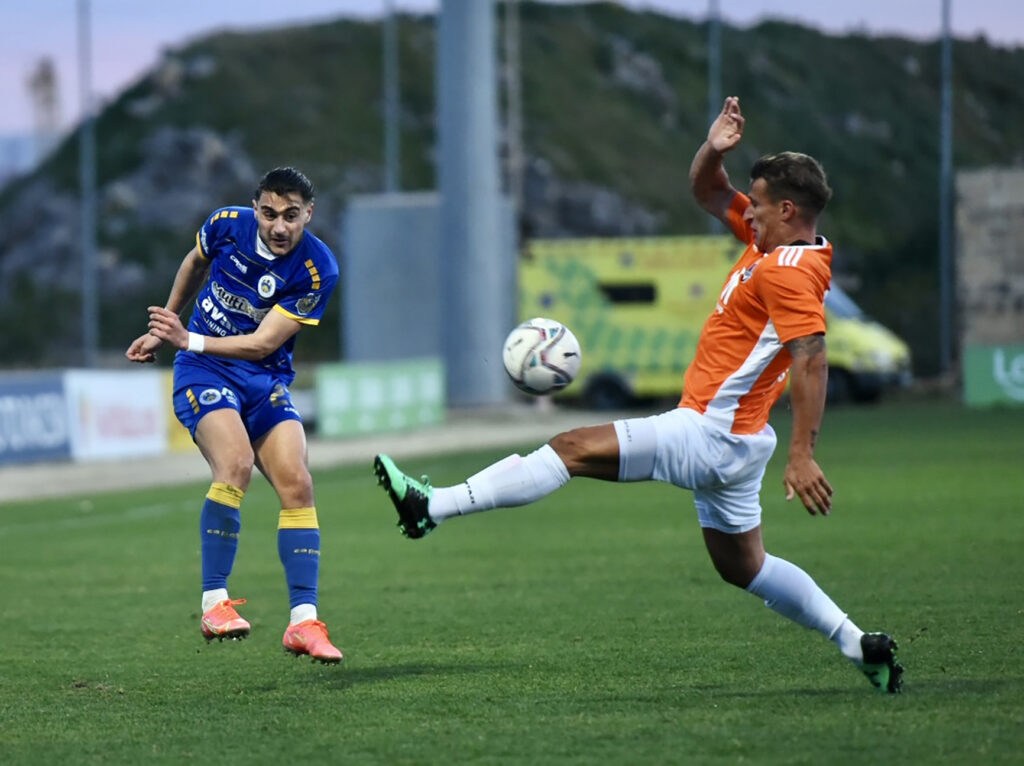 Sliema Wanderers and Santa Lucia shared the spoils in a 1-1 draw.

Lying in the bottom two places, both sides were desperate for a win and therefore the result suited neither side as Sliema remained anchored at the bottom of the table with 11 points two behind Santa Lucia while Mosta who lie third from bottom on the 18-point mark.

Santa Lucia were better side during the first half with the Wanderers, mostly on the receiving end.

The Saints took a deserved lead and created a number of goal-scoring opportunities. However, before the end of the first half, Sliema levelled matters.

On the restart, the Wanderers were an improved side and eventually the two teams shared the exchanges to take home a draw.

Santa Lucia went out in search of an early goal and a Vito Plut angled shot scraped past the post after just five minutes.

Seven minutes later, the Slovenian forward tested David Cassar with a shot from inside the area.

On 13 minutes, Santa Lucia took the lead. Plut received the ball in midfield and advanced before unleashing a great shot from outside the area which gave the Sliema goalkeeper no chance.

Sliema replied with a cross by Ruslan Kisil from which Valmir Berisha headed just wide on 15 minutes.

On 26 minutes, Plut was unlucky not to double the score when he concluded a good move on the left with a rising shot that hit the crossbar.

Dexter Xuereb took the rebound and served Plut whose close-range effort was blocked by the Sliema goalkeeper.

As the first half was heading to an end, Sliema equalised two minutes in added time.

Berisha entered the area from the left and tried his luck with a diagonal shot which was partially saved by Haber and Kisil tapped the ball home.

Although Sliema improved in the second half, Santa Lucia went close once again on 49 minutes with a Plut header off a cross by Xuereb.

Haber performed a good save on a Matteo Piciollo effort from outside the area on 64 minutes.

Nine minutes from time, Santa Lucia threatened with a Xuereb header off a corner by Silva Mota.

But a minute from time, Sliema had the chance to notch the winner but off a cross by Berisha, Jean Carlos Cloth Goncalves’ header was neutralised by Haber.