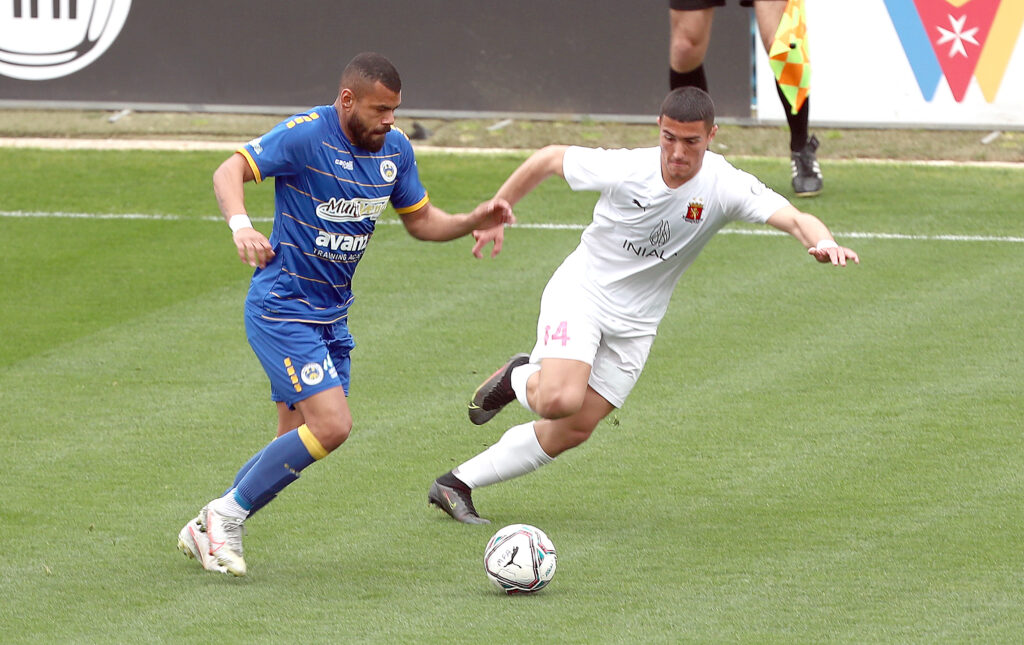 An early goal by Nicholas Pulis paved the way for Santa Lucia as they defeated Valletta 2-1 to return to winning ways while piling more misery on the Citizens as they suffer a fourth successive defeat.

Santa Lucia are still second from bottom but move to just four points behind tenth-placed Balzan and five behind Valletta and Mosta.

The Citizens, on the other hand, continue to disappoint as they suffered their seventh defeat in eight matches and chances of making it to the top six are getting slimmer.

Coach Danilo Doncic welcomed back Ryan Camilleri and Eslit Sala while Andrea Zammit and Kevin Tulimieri were named in the starting line-up following the heavy defeat to Hibernians. On the other hand, coach Giovanni Tedesco named an unchanged team following the draw with Sliema in their last outing.

Valletta hit back with a Kevin Tulimieri effort from outside the area which was neutralised by Justin Haber.

On 32 minutes, Mario Fontanella had a good opportunity to equalise after receiving a cross from the right, but the Santa Lucia goalkeeper blocked his attempt from close range.

Eight minutes into the second half, Santa Lucia threatened with a Dexter Xuereb effort which was turned into a corner by Guarnone.

Patrick Silva Mota’s corner was blocked by the Valletta custodian and off the rebound, Guarnone saved the cross-shot by Victor Prestes Filho.

Santa Lucia doubled the score on 62 minutes. Prestes Filho released Jurgen Pisani on the left and the latter squared low for Vito Plut to round Sala and Camilleri before beating Guarnone.

The Citizens’ reaction arrived nine minutes later when they managed to reduce the gap. Fontanella delivered a cross from the right and Eslit Sala beat Haber with a fine volley from inside the area.

This goal filled Danilo Doncic’s side with courage and Ivan Curjuric almost notched the equaliser but his attempt hit the side-netting on 77 minutes.

Santa Lucia replied with a Gianmarco Conti header which was parried by Guarnone on 82 minutes.

Valletta went close again five minutes from time with a Jean Borg header following a corner from the right by Curjuric.