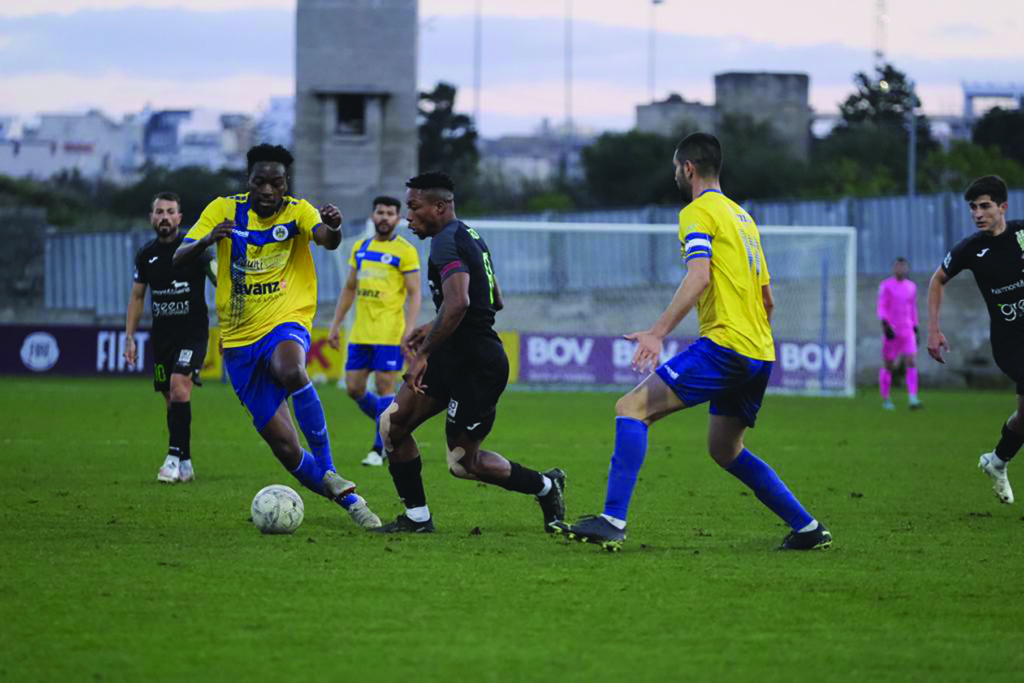 The battle for Premier League survival takes centre stage on Friday night as Santa Lucia and Żebbuġ Rangers face off in a crucial encounter at the Centenary Stadium (kick-off: 8.30pm).

At present, just two points separate third-from-bottom Żebbuġ from Santa Lucia and a win for either side will certainly boost their hopes of at least clinching a play-out spot, which would see them face the third-placed team in the Challenge League at the end of the season.

Both teams head into this match in contrasting fortunes.

Santa Lucia’s morale was lifted last weekend after they managed to knock out holders Floriana in the FA Trophy with a resilient display which saw them eke out a 1-0 win.

On the other hand, Żebbuġ Rangers are on the back of a poor run of form which has seen them lose their last four league encounters while last weekend they were eliminated from the FA Trophy following a 1-0 defeat to Challenge League side Swieqi United.

Vincenzo Potenza, the Santa Lucia coach, has talked up the importance of tonight’s clash for his team’s hopes of salvation.

“We are bracing ourselves for a very difficult match,” the Sta Lucia coach told the Times of Malta.

“I am expecting a very complicated game because the result could have a huge significance in the relegation battle given that one of Żebbuġ, Pietà Hotspurs and Santa Lucia will secure a place in the play-out match.

“We have been preparing very well for this match and we are also preparing for this encounter from a mental aspect too.

“The win against Floriana was a huge injection of confidence for the players who are believing more in their ability.

“At the moment, we are a team that needs to continue to work hard to try and find a precise identity so that they can continue to battle for survival until the end.”

On his part, Brian Spiteri has refused to label this match as decisive in his team’s quest to avoid relegation.

“It’s an important but not decisive match,” Spiteri told the Times of Malta.

“There are three points at stake and there are other important matches coming up for us. Obviously, facing the team that is just behind us provides us with an opportunity to open a cushion lead over them in our quest to seal our place in the play-out spot, which was our main goal this season.

“It’s true we are coming from a difficult run of results. Our last two performances were not very good, particularly against Birkirkara where we got exposed.

“But the players have been training very well lately. Our biggest drawback this year was that lapses in concentration in key moments have cost us dearly.

“There were several matches where with a bit more attention we could have picked up more points, such as in the 3-2 defeat to Balzan or the 3-3 draw against Sirens, where we were leading 3-1.

“I believe that stems from the fact that we don’t have many players who have top-flight experience.

“That is why I believe that Santa Lucia start favourites tomorrow as they have several players that not only played for a long time in the Premier League but have also won a number of honours.

“But we will go out to give our best and hopefully get the result we are working for.”