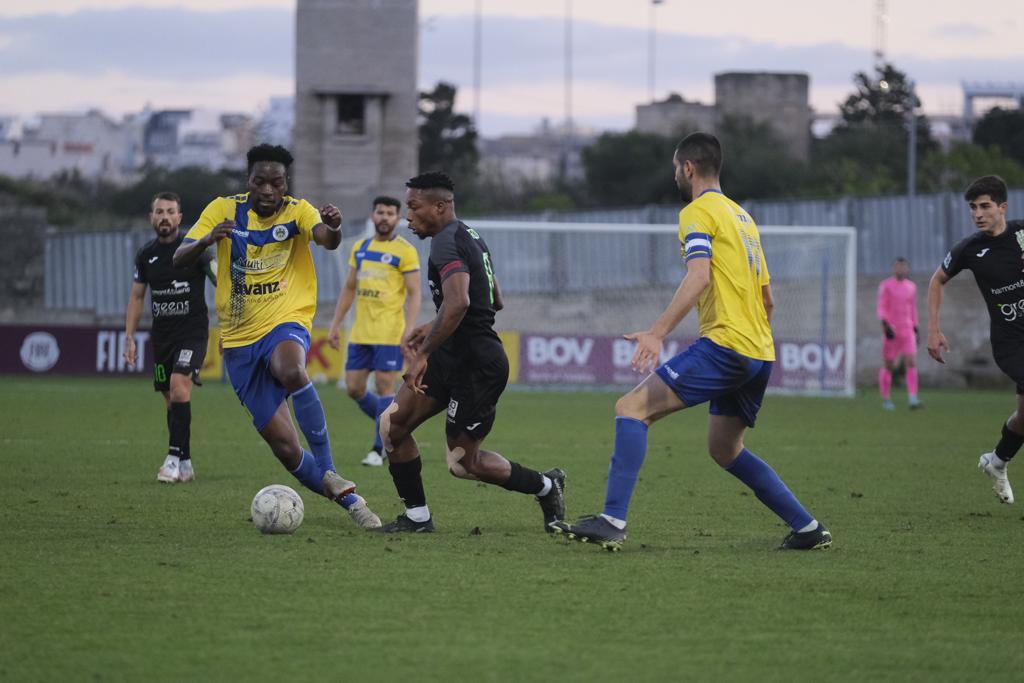 Santa Lucia produced the biggest upset in the FA Trophy when they stunned holders Floriana to progress to the Last 16 of the competition on Sunday.

A fine strike from Robert Hehedosh handed the Saints a famous victory that not only sees them go through to the next round but also will be a huge injection of confidence in their fight to avoid relegation in the Premier League.

On the other hand, Floriana produced a disappointing display as they looked short of attacking punch for all their possession and they struggled to break down a resolute Sta Lucia backline to see their title defence crumble on their first hurdle.

Sta Lucia took the ground running and stunned the Trophy holders after seven minutes of play.

In a swift play, Francisco Farias set up Robert Hehedosh with a fine backheel, and the Ukrainian forward beat Georgi Kitanov from close in.

The Greens tried to respond and at 15 minutes, they were unlucky not to pull level when the ball fell into the path of Mattia Veselji on the edge of the area and the Malta U-21 striker saw his stinging drive hit the bar with Calleja Cremona beaten.

Floriana took control of proceedings as they dominated possession but struggled to find any gaps in a very organised Sta Lucia defence.

Sta Lucia were forced to make their first change at 39 minutes when Hehedosh pulled out injured and was replaced by Miguel Alba.

The former Valletta winger was soon in action when his cross-shot was turned to a corner by Kitanov four minutes from the break.

Two minutes into the second half, Floriana came close when Kemar Reid was denied by Sta Lucia goalkeeper Calleja Cremona and from the rebound, Veselji saw his shot finish just wide.

Sta Lucia responded with a Nicholas Pulis shot from the distance that Kitanov turned to a corner.

Yevhenii Terzi, who had just replaced the injured Jan Tanti, almost made an instant impact when his low drive just missed the upright.

Floriana stepped up their pressure but the Sta Lucia defence held out valiantly with Calleja Cremona denying James Scicluna at the end for a famous victory.