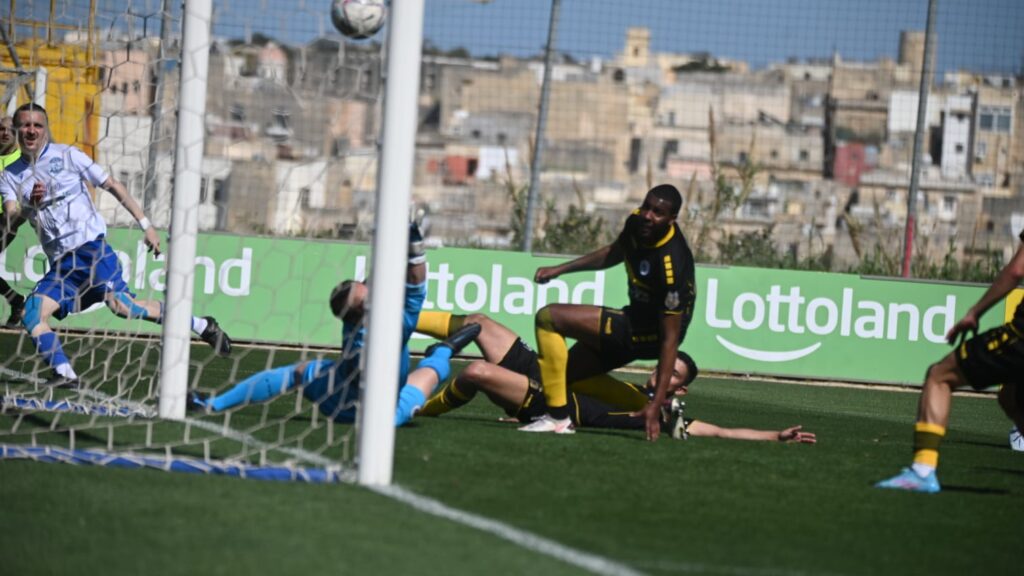 Sta Lucia and Sirens shared four goals in a hard-fought encounter at the Tony Bezzina Stadium.

Sta Lucia wil surely feel disappointed to have only taken a point from a match they seemed to have taken charge when Dutch forward Meghon Valpoort scored a quick-fire double early in the second half to cancel Bogdan Gavrila’s first-half opener.

But Sirens showed remarkable spirit to pull themselves back into the match with their Romanian winger Gavrila grabbing the all-important equaliser that handed his team a precious point that moved Sirens on the 28-point mark while Sta Lucia remained two points adrift.

The match was off to a quiet start with both sides looking short of any sort of flair.

It was Sta Lucia who created the first chance on 16 minutes when from a Jamie Zerafa free-kick, the ball fell into the feet of Vito Plut who saw his shot deflected into the sidenetting.

On 22 minutes, Sta Lucia missed a glorious chance to take the lead when a poor clearance from the Sirens defence ricocheted off Nicholas Pulis with the ball falling into the path of Jurgen Pisani. However, the former Floriana defender incredibly fired over with only Jonathan Debono to beat.

Sta Lucia were looking well in control but for all their dominance they were not testing enough the Sirens defence.

Instead it was Sirens who broke the stalemate with their first shot on target on 41 minutes.

Bogdan Gavrila showed great skill on the right channel to move past two defenders and beat Justin Haber with an angled drive from a close corner.

After the break, Sta Lucia kept control of the match but Sirens look dangerous on the break.

On 49 minutes Vitor Vieira sped clear on the right and after twisting and turning past his marker he fired onto the sidenetting.

Sta Lucia managed to draw level on 54 minutes when Valpoort sped inside the Sirens area and showed great footwork to move past his marker before planting the ball into the roof of the net.

The goal sparked the Saints into life and two minutes later Plut beat the Sirens offside trap to move clear on the left before sending a low cross into the path of Valpoort and the Dutchman made no mistake from close in.

Sirens refused to buckle and on 75 minutes they grabbed the equaliser when Gavrila was on hand to fire the ball home following a Vieira cross.

Gavrila almost won it three minutes from time when he anticipated Haber but Jurgen Pisani was on hand to clear the danger.