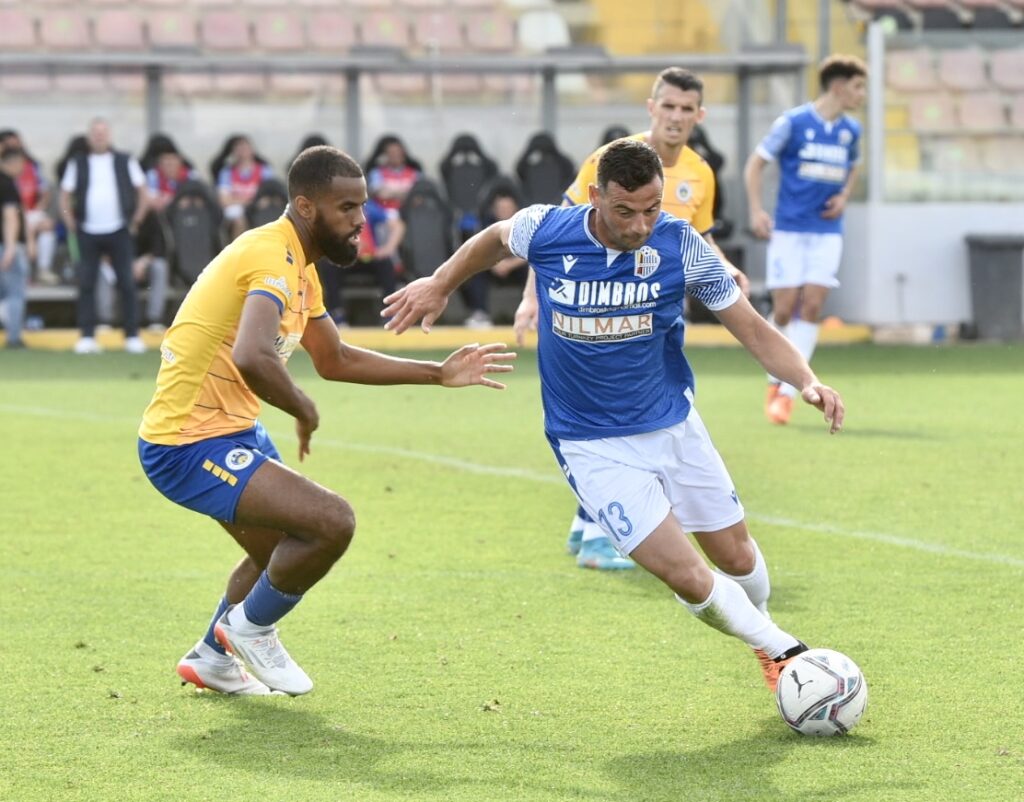 Mosta scored deep into stoppage time to rescue a point in a 1-1 draw with Santa Lucia in a clash between two teams engaged in the battle against relegation.

Santa Lucia were a more determined side in the first half as they were hoping to extend their positive form of late with a win which would have put them closer to retaining their status. They managed to take a deserved lead but during the second half, the Blues pushed hard for the equaliser and scored at the death to stay ahead of Santa Lucia in the table.

Santa Lucia held the initiative in the first half. Lorenzo Soares Fonseca hit the side netting off a freekick by Jamie Zerafa on 9 minutes and eight minutes later, Gianmarco Conti hit just wide off a Zerafa corner. Hardly a minute later, the Italian midfielder took advantage of a short clearance by Nathan Agius, testing Akpan with a low shot from outside the area.

Giovanni Tedesco’s side managed to take the lead on 27 minutes. Victor Luis Prestes Filho served Gianmarco Conti on the left and the latter’s effort, deflected by Jonas Rodriguez Ekani, beat the Mosta custodian.

However, just before the end of the first half, Santa Lucia went close to doubling the score with Meghon Valpoort concluding a solo effort with a shot from the edge of the area which was turned into a corner by Ini Etim Akpan.

In the second half, Mosta were an improved side. On 64 minutes, Failla delivered a freekick from the left and Rafael Morisco hit just wide and four minutes later, Ememe sent Geoffrey Acheampong through but the latter’s effort was neutralised by Justin Haber.

Mosta seemed unable to penetrate the Santa Lucia rear-guard but five minutes in added time, they were awarded a freekick just outside the area and Clayon Failla’s freekick saw the ball hitting the posts twice before ending at the back of the net.