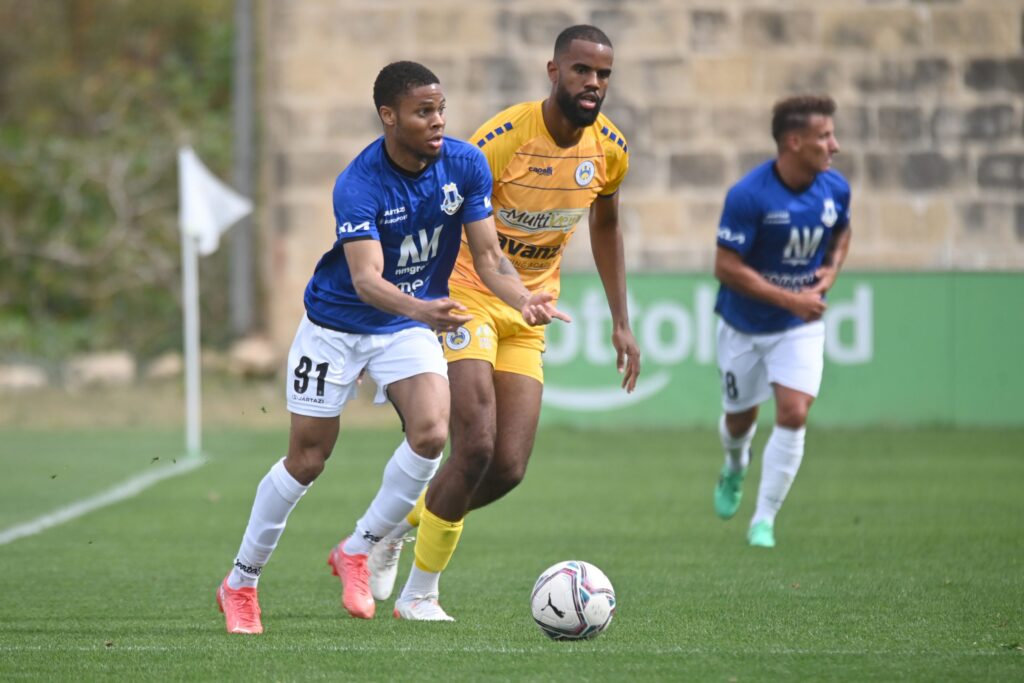 Sliema Wanderers scored twice in the second half to beat Santa Lucia 2-1 on Sunday and complicate the latter’s chances of avoiding relegation.

In fact, Santa Lucia continue to share the second place from the bottom with Balzan and the games against Valletta and Sliema Wanderers respectively should determine which team will join the Wanderers in the Challenge League next season.

Santa Lucia were the better side during the first half but found Sliema goalkeeper Rashed Al Tumi in excellent form, denying them on various occasions. Against the run of play, the Wanderers managed to take the lead and even doubled the score and although Santa Lucia pulled one back, they failed to score the equaliser.

Giovanni Tedesco could not count on the suspended Jurgen Pisani but named Nicholas Pulis and Alan da Silva Souza in the starting line-up. Noel Turner, on the other hand, made wholesale changes for Sliema following the heavy defeat to Sirens.

Meghon Valpoort entered the area from the right and rounded a defender but his attempt was blocked by Al Tumi on 13 minutes. A powerful shot by Vito Plut, off a Soares Fonseca freekick, was neutralised by the Sliema goalkeeper on 31 minutes.

Just before the end of the first half, Sliema threatened with a cross by Jake Engerer from the right which was blocked by Haber.

In the second half, the Wanderers continued where they had left and on 49 minutes, they took the lead. Jake Engerer delivered a cross from the right and Valmir Berisha slotted the ball past Haber from close range.

Santa Lucia hit back with a Lorenzo Soares Fonseca effort which ended just wide on 55 minutes and a minute later, Vito Plut failed to connect off an inviting cross by Dexter Xuereb.

Sliema doubled the score on 72 minutes. Berisha advanced on the right in a swift counter-attack and served Engerer who hit the ball home past Haber.

Santa Lucia reduced the gap on 78 minutes when they were awarded a penalty after Raffaele Schiavi handled the ball inside the area. Alan Da Silva Souza made no mistake from the penalty spot.

In the remaining minutes, including thirteen minutes of added time following an incident between Lorenzo Soares Fonseca and Jean Paul Farrugia where the two players had to abandon the pitch injured, Santa Lucia tried hard to notch the equaliser but the Wanderers kept them under control.